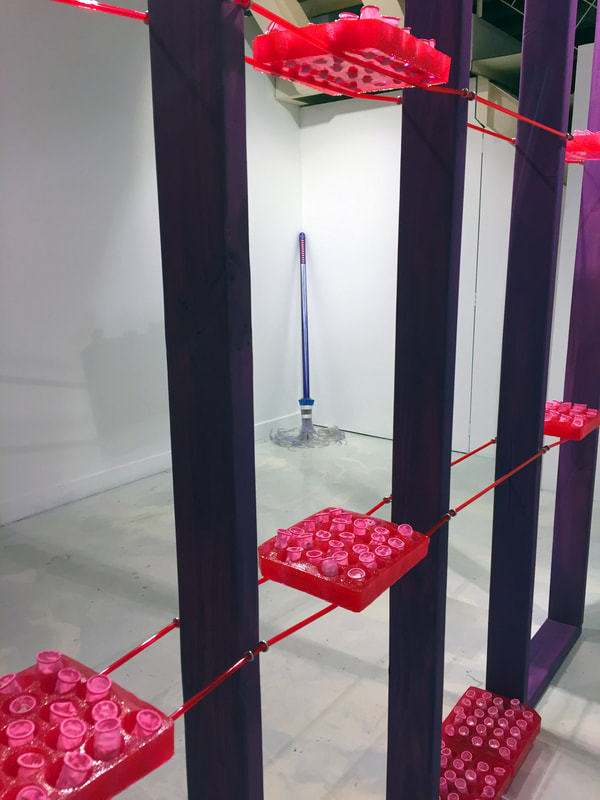 In “All The King’s Men” purple studs of an open wall
slice through a setting that is subtly absurd under the guise of structure, order and cleanliness. Wood, plastic, metal, glass paint, oil paint, resin, rubber and egg-shells are tenderly placed to reveal the quiet residue of a strange domesticity. Something has been collected and saved within the wall studs. Is that a mop in the corner? a broom? a sword? or none of these?

This mixed media installation references an English
fairy tale that stems from the fall of powerful leaders. Jump forward in time and Lewis Caroll resurrects the main character in egg form in his story,
Alice Through The Looking Glass.

I meant to reshape the metaphor of Humpty and bring him home to a setting that is ‘no more, no less’ than what I claim
it to be*- a reaction to the neglect I witness for people who are the most dependent. Considering the popular, albeit fictional, conversation between Alice and Humpty about mastery to change the meaning of any word, I set out to change the original fairy tale- or at least, the ending for which, I know
​may not be reached in my lifetime.

'All The King's Men' was installed at Shoebox Projects
Los Angeles for a brief showing on September 16, 2018
Photo Credits: A.M. Perreault, Kristine Schomaker and
​Jill Carol 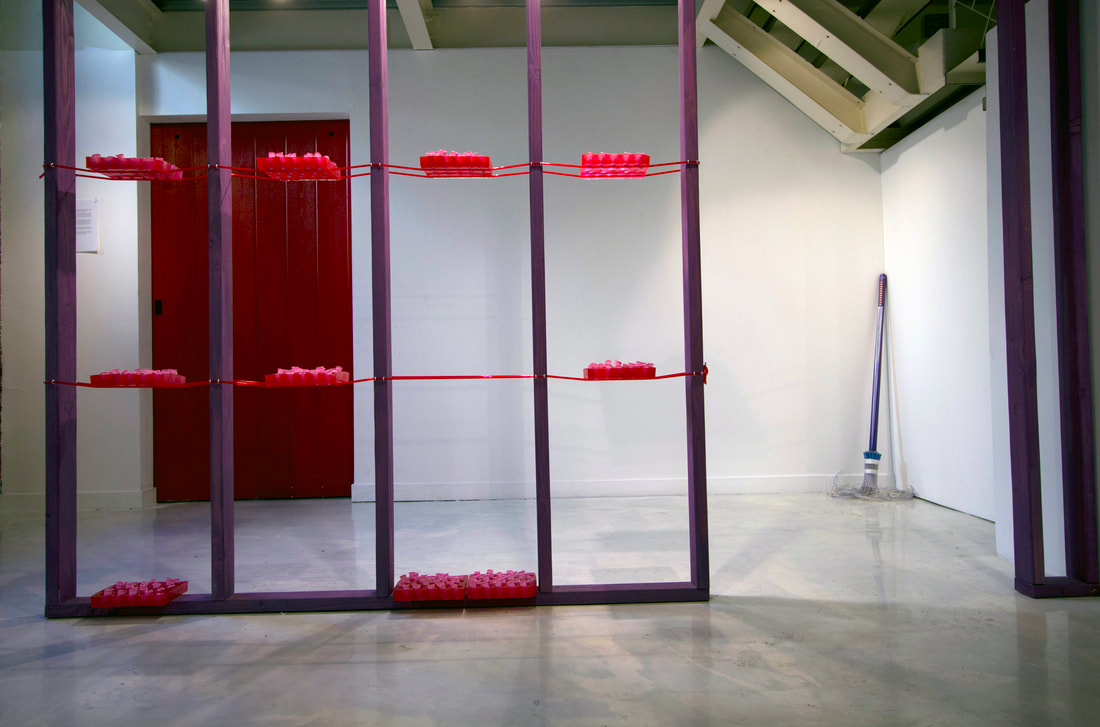 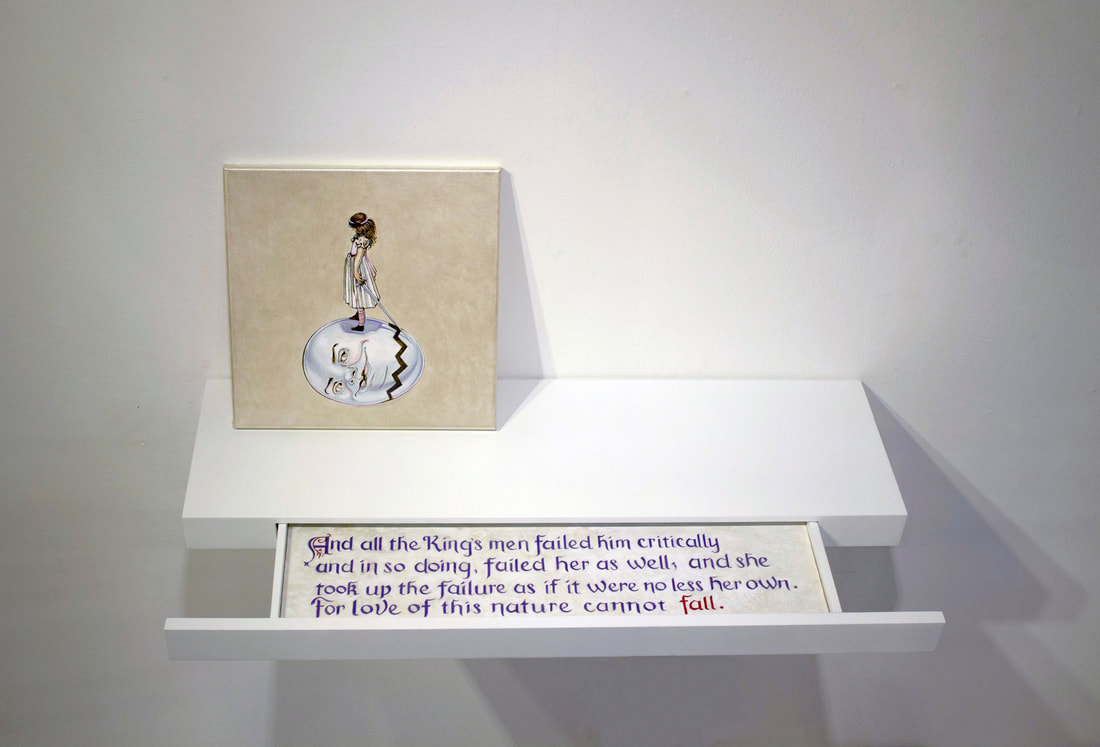 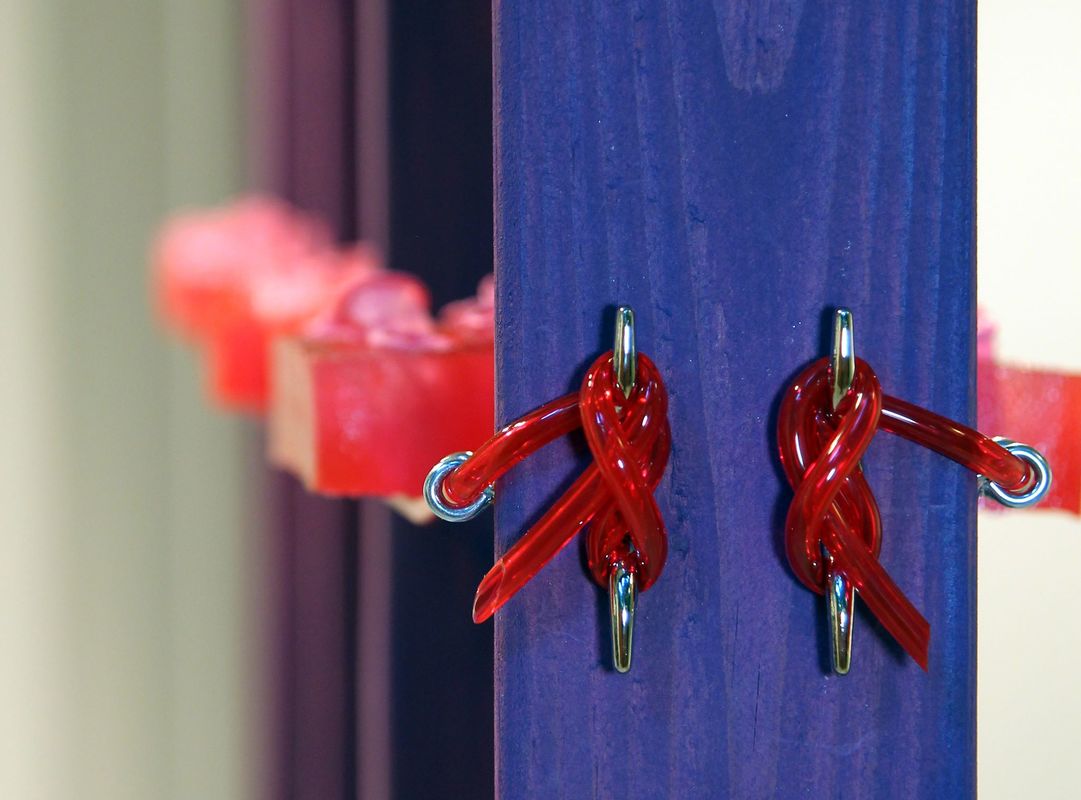 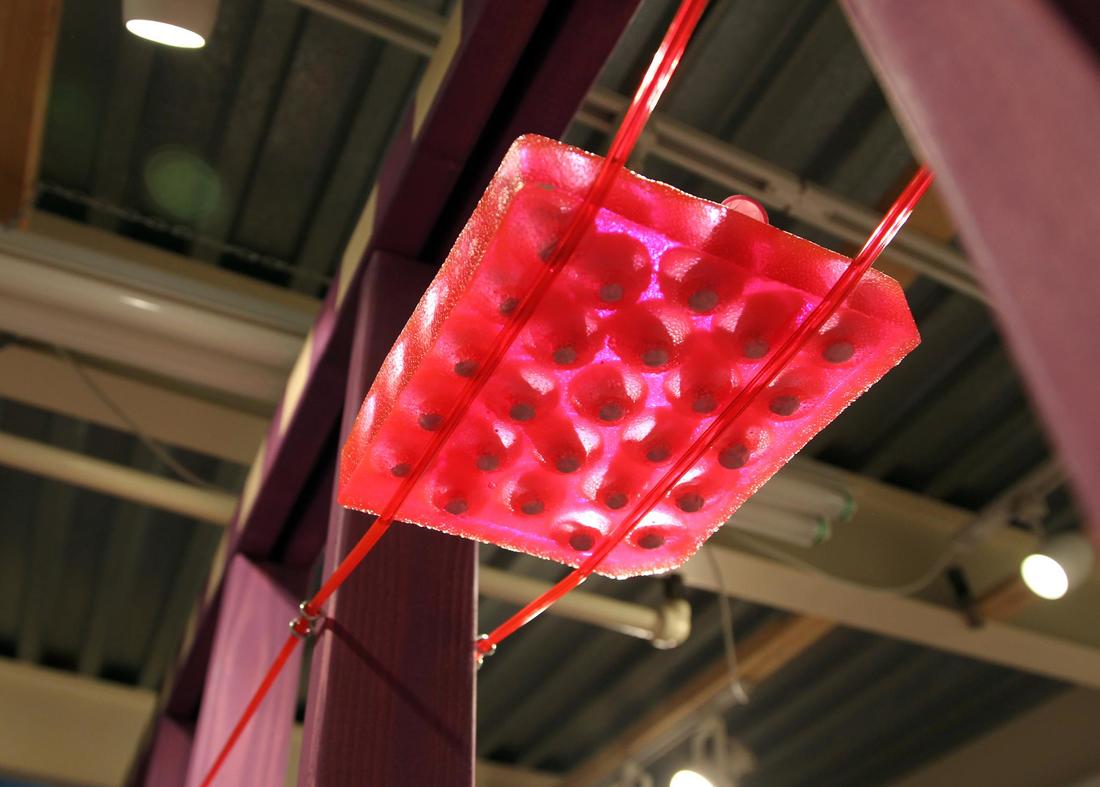 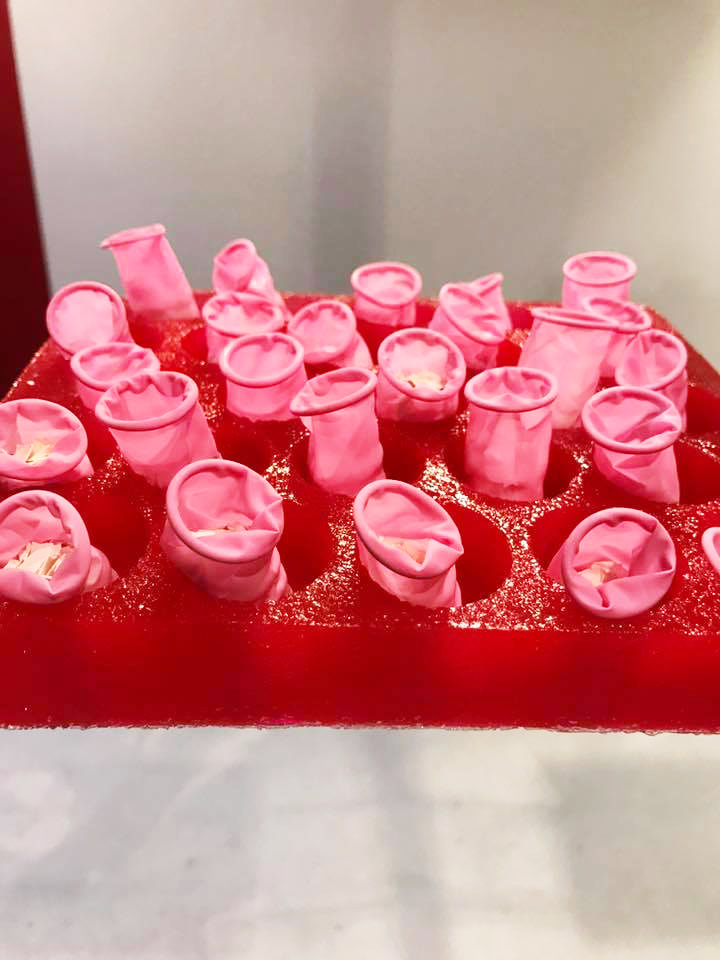 Broken egg shells from the food I blended for my son's tube feedings are tucked into rubber finger cots placed inside polyester resin beaker trays. I cast the trays from styrofoam I
obtained from a laboratory that was once a leader in stem cell research.
​The fragile trays are balanced on stretched, translucent red tubing. 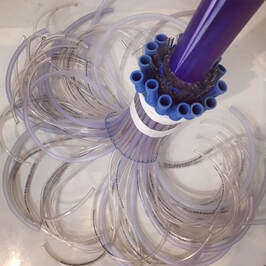